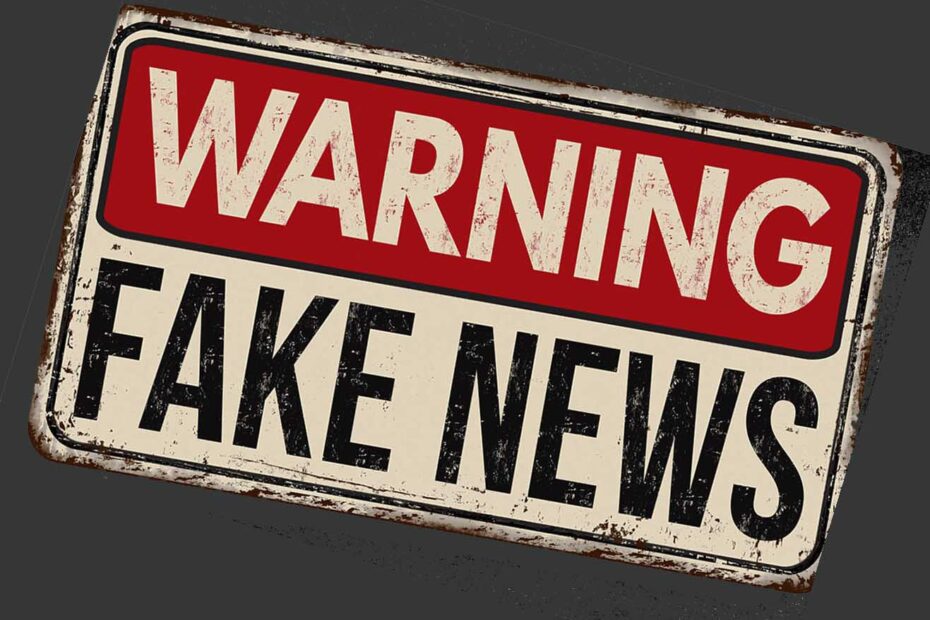 As a public school teacher, I feel frustrated. Disheartened. Defeated.

Let me back up a bit.

Being a relatively new blogger, I’m afraid to get too opinionated in what I write. Nevertheless, this is going to be an opinion piece. It is an opinion that has been bubbling up inside me for over a year. It’s ready to boil over.

Last week was Teacher Appreciation Week. So, why not share my opinion about teachers?

Just before the beginning of the 2020 Pandemic, I got back in touch with a very good childhood friend. We had the opportunity to meet for dinner late last February, right before it all went down. March rolled in and so did the stay-at-home orders. My friend and I talked on the phone here and there but we haven’t had a chance to see each other in person since.

A few weeks ago, we again spoke on the phone. She invited me over the following weekend. My response was, “I’m not going to be able to do much over the weekends except work. Probably until the end of the school year. I worked both Saturday and Sunday last weekend. I don’t see any other way for me to get my school prep done.” Our school phased to hybrid in April, meaning I am simultaneously responsible for both a virtual classroom and an in-person classroom.

She jokingly commented, “I thought teachers were sitting at home getting paid for doing nothing? That’s what some of my friends are telling me.” I replied, “Yes, I’ve heard that too, but it’s ridiculous and not even close to the truth.”

She continued, “the teachers I know are some of the hardest working people out there. But, one of my friends just sent me an article from Newsweek which claims the opposite. I told her it wasn’t true.”

I asked her to forward me the link to this article. She replied, “no, you don’t need any more negativity added to your already difficult situation.” Seeing that I was already aware of this falsehood, I told her I didn’t think it would make anything worse. I was just curious to read the nonsense she was referring to.

I Should Have Listened to my Friend

I should have listened to my dear old friend. She was always there for me when we were kids.  She was looking out for me now, too. The article was quite troubling. I considered linking it here, but I don’t want to give the author any extra traffic to his Fake News website.

First of all, it’s an op/ed piece. Opinion piece. Of course, we are all welcome to our opinions. Unfortunately in this day and age, many read opinion pieces supporting their already formed opinions and they run with it. If that opinion piece confirms whatever it is they want to believe, then they categorize it as factual inside their brains. At the bottom of the op-ed, Newsweek discloses that this piece expresses the opinion of an author not affiliated with their publication’s editorial board. Like I said, fake news.

In his piece, as his example, he used something that had occurred in Seattle, Washington at some point during the pandemic. Truthfully, I skimmed over what it was. Said author then liberally applied this incident to every public school teacher in the country. Teachers have done nothing during the pandemic except for collect a paycheck while sitting at home on their couches? Fake News. He is fanning the flames of hatred toward some of our hardest working public servants. And for what? Personal gain.

At first I brushed it off. Yet, I’ve noticed since then, from time to time, the negativity trickles back into my consciousness. I then I feel upset, and then the upset turns to insult.

Life Before the Classroom

Before I was a teacher, I worked in the private sector for about 12 years. My original degree was in graphic design and advertising. Out of college, I naïvely ventured off looking for a career in that field. The creative jobs – even during the 90s tech boom – were scarce, especially in the Midwest.

I bounced around quite a bit. When I landed jobs, they were almost always production in nature, meaning repetitive and mindless work. No creativity involved. These jobs were also pretty easy to do. I worked for a printer in the late nineties. While running presses, in the background Napster was my new best friend.

At the time, it also felt like I was wasting my life away. What was the biggest red flag? I couldn’t get through a shower in the morning without crying. I knew I needed to make a change. Only, I didn’t know to what.

At that point in my life, I was becoming more and more politically involved. I wanted to do something for the greater good. As luck would have it, during a stint of unemployment, I stumbled into a freelance job at a public Montessori school. I had heard of Montessori but had never seen it. I was impressed with what I saw.

This meant ANY family could enroll in our public Montessori program, no matter what their circumstances were at home. I thought it leveled the educational playing field. I once again naïvely ventured off into the sunset, excited to start the next chapter in my career.

What I had underestimated, was how politicized teaching was, even back then, and it only continued to get worse. Public opinion about teachers was already incredibly low in my state. For over 10 years now, Wisconsin state legislators have been attacking our public school system and slashing its budget. I mean slashing it almost in HALF. When the pandemic happened, you can only imagine how much worse that sentiment became. Haters kept on hating. In some cases, hate elevated to rage.

What Exactly is the Truth, Anyway?

Last March, my district was late to decide what to do during the pandemic. Clearly, there was no plan B for emergencies. Yet, from day one, most teachers I worked with reached out to their families and provided some form of support to them at home. Something, anything, they knew to do or that was within their power to offer.

Did you catch that? Most teachers volunteered to do their job even when they weren’t asked to. Lazy teachers on couches, collecting paychecks? Fake news. Alternative facts.

After spring break, teachers in my district were finally given some direction. We set up makeshift virtual classrooms and again did whatever we could do to provide options for families at home. At the same time, many teachers struggled with a steep technology learning curve.

The next school year became something very different. It looked nothing like what we had all signed up for. In a way, it sort of felt like being drafted into some strange, virtual army.

I would say an army without guns – but then I think to the active shooter drills in our schools.

By September, I was easily working 60 to 70 hours a week. Teachers not having the same technology background as me were working even longer hours.

The beginning of the school year was rough. Overwhelming. All-consuming. Most of the parents I worked with were extremely supportive. I have always appreciated them for that. But, a handful of parents weren’t willing to give me any breathing room. They always seemed to know a better way for me to be doing my job. They reminded me on an almost daily basis.

Fortunately, by December, things seemed to be falling into place and the difficult parents seemed to be calming down. Finally, maybe, we hit a groove.

Back To School We Go!

Then this past March, we were told, out of the blue, we were phasing to in-person. Just getting the hang of virtual school? Let’s change that!

Our situation was a bit different than other hybrid schools, though. Although returning mostly to in-person (the majority of my class opted to come back in-person four days a week), some families could opt to keep their kids 100% virtual at home.

Teachers would then have to run both a virtual classroom and an in-person classroom at the same time. We were told we had to offer the SAME amount of attention to our virtual kids throughout the day as our physical ones. Be in two places at one time.

Both classrooms require the same amount of prep time and attention. Essentially, we are doing two jobs for the price of one. Needless to say, we are back to working long hours. Longer hours than before. And, from what I understand, some of my colleagues are working even longer hours than I am.

The upside? Students are so happy to see and be around their friends again. Parents are getting a well earned reprieve before their kids are back home again in June. I remind myself of this over and over again when I am out of energy. It’s one of the only things propelling me forward.

I have never had a more difficult job in my life. I could’ve said that BEFORE the pandemic. Now, it’s exponentially harder. We are only about five weeks away from summer vacation. I don’t think many of us could sustain this situation much longer than that. If we have to do this in the fall, something’s going to have to give.

Needless to say, to claim teachers are sitting at home not working and collecting paychecks is a LIE. A big lie. As in liar, liar pants on fire.

Every teacher I know, no matter where they live in our country, is killing themselves to do the best they can for their students and their families. They are some of the hardest working people I’ve ever met.

Many do this even while feeling deep anxiety within themselves. As for myself, I’ve been struggling with a touch of insomnia, zapping the little bit of momentum I can muster. In fact, I’m editing this piece at 4 am.

I’m not saying teachers are the ONLY overtaxed workers during this strange time. On the contrary. Healthcare workers, delivery drivers, grocery store employees, law enforcement and firefighters – I appreciate what you have done during this gravely difficult time. Words can’t express how much I appreciate you.

The point of my story is, my dear friend was right. I shouldn’t have read the fake news ‘article.’ That op-ed piece did only add negativity to my life. Fake news from those who claim all other news is fake news (oooh the irony).

And, I have a difficult time understanding how anybody can rationalize thinking that way. All they have to do is open their eyes and look around them, or talk to someone. Talk to a teacher. All they need is to just simply WANT to know the truth.

What has happened to dialogue and to listening to one another? Civil discourse is quickly becoming an antiquated art form. I worry about the mess we are leaving behind for my students to clean up when they grow up. I worry at 4 am.

What are your thoughts on Fake News? Please feel free to send me an email with your ideas or experiences at grumble.services@gmail.com.

Read More:  EARTH DAY: Our planet is Melting.
Is it Too Late to Stop?

Thought of the week:

I just Accidentally typed ‘videotaped’ instead of ‘recorded’ in a text.. My age is showing.