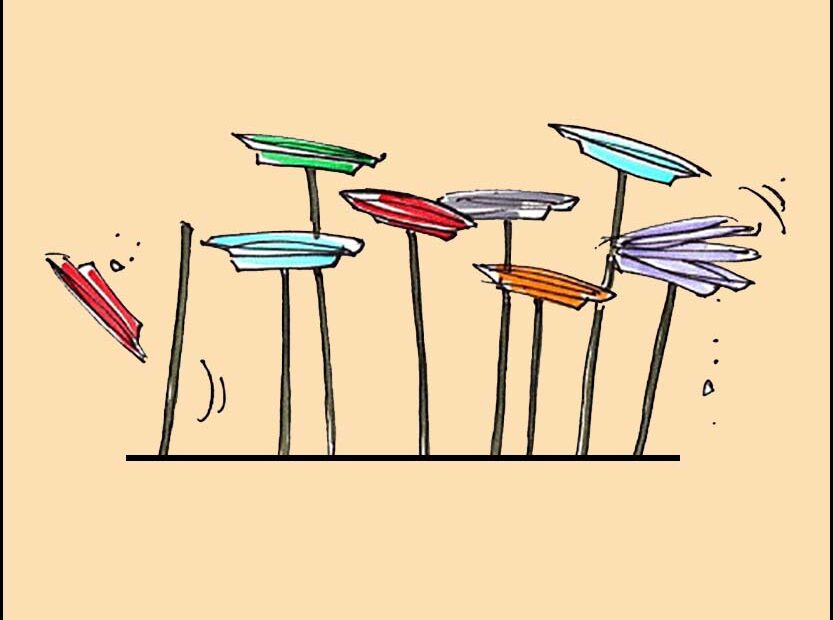 Saying farewell to a

Mark Johnson passed away on Feb. 25, 2022 at the age of 70. He was affectionately known simply as “Mr. Mark.” Mr. Mark was a big personality with an even bigger heart. Most importantly, he was one of the most generous people I have ever known.

Mr. Mark was well known because of his teaching. Anyone who knew him also knew this to be one of his greatest passions. Over the span of 40 years, his light and wisdom inspired countless teachers and students. He reminded us of the joys of learning and Cosmic Education.

A public pioneer, Mr. Mark was a key figure in implementing and growing Milwaukee’s public Montessori community. During the late 1970s, a small group of public pioneers brought the Montessori method to Milwaukee. Together, they established McDowell Montessori.

What was the First Public Montessori Program in Milwaukee?

MacDowell opened in opened in 1976. It began as a magnet program to help the district achieve racial integration. Mr. Mark went on to teach there for many years. During that time, the Montessori program took deep root within the city.

More and more Montessori schools were added throughout the city of Milwaukee. It was so popular with families, the district gradually expanded to eight functioning public Montessori schools, include one charter school.

These schools are now some of the most sought-after throughout the school district.  Our program would not be here without him.

Nor would I. On a personal note, I started my educational career as his teacher’s assistant 17 years ago. It was in his school, an MPS Montessori charter school, I fell in love with Cosmic education. At that time, he was overseeing about 40 kids in one elementary classroom, 1st-6th grade.

Mr. Mark encouraged me to take the Montessori elementary training. I was fortunate to have a world-class Montessori Training Center located a few blocks away from me, The Montessori Institute of Milwaukee (MIM). The first school I taught at after training was McDowell Montessori. I also had the pleasure to work with him as his colleage during his final two years as a Montessori guide. I owe my entire educational career to Mr. Mark.

Teaching is really hard. It’s the hardest job I have ever had. I thought I had challenging jobs before becoming a teacher. Teaching taught me what hard truly is. Some days it took everything I had. Many evenings, I would go home feeling defeated. I’d feel even more defeated when going to bed. I knew I would wake up and have to start all over again.

Over time, I found a way to deal with these awful moments during awful days. Those moments when my mind was too tired and foggy to come up with a viable solution. I thought back to when Mr. Mark had given me advice. When he gave it, I probably didn’t appreciate it enough.

Having had the privilege of working with him, I often refer to the wisdom of Mr. Mark. When addressing times of feeling defeated in my classroom, I would ask my students, “What does Mr. Mark say?“

And, anyone who knew him, also knew he had a lot to say! He drew on over 40 years of invaluable experience.

What Does Mr. Mark Say?

I had some favorite pieces of advice. For instance, in the classroom things can get messy. Things get dropped. Kids get hurt. Almost always, like a reflex, the likely response is, “It was an accident.” The word accident always connected me back to Mr. Mark. I would smile and quickly respond with, “What does Mr. Mark say? He would say, there are no such things as accidents.”

I must have said this in my classroom a lot. It got to the point that when I would say, “What does Mr. Mark say?” I would hear multiple voices in unison reply, “There’s no such thing as accidents.”

Mr. Mark compared classroom management to the circus art of “plate spinning”. As teachers, our task is to keep as many plates spinning on their sticks for as long as we can.

Some days this is easier than others. On those other days – and they occur more often than we would like to admit – a plate will slip from its stick and break. When a plate breaks, it might feel like they are all about to slip and fall down.

Mr. Mark would encourage you to stay focused on the remaining spinning plates as best you can. Best not to drop them too.

This probably isn’t going to come as a surprise, but teachers tend to be control freaks. Sometimes we try to do too much. I am often guilty of this. When I begin to feel overwhelmed by everything I need to get done, I hear Mr. Mark. What would Mr. Mark say? “Use children as an infinite resource.” Children are far more capable than we often give them credit for. I often delegated some of these tasks and they almost always did them much better than I could.

Another one of my favorites is, “What do kids need when they are acting up? Work, work and more work.” He was right. Keep ’em busy. Often, they simply need to work off some excess energy.

Saying Farewell to a Public Pioneer

I could go on forever. This speaks volumes about the legacy Mr. Mark leaves behind him. “What does Mr. Mark say?” I hope that when it’s my time, I leave behind advice educators deem worthy to share with other educators.

What are your thoughts on Public Pioneers? Do you have a suggestion for another blog topic? Please feel free to send me an email with your thoughts and experiences at grumble.services@gmail.com.

How Did Milwaukee End Up With So Many Public Montessori Schools?
By Emily Files, April 2019

The Miseducation of Maria Montessori: Her method was meant for the public. Then it became a privilege
By Jessica Winter, March 2022